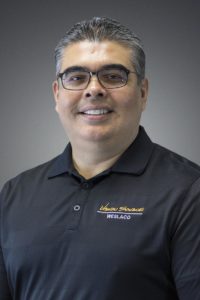 The leading provider of vision care services in Weslaco.

Dr. Jaime Rodriguez is an Optometrist and is a native of the Rio Grande Valley. He is a graduate of Weslaco High School and continued his education at the University of Texas-Pan American for his undergraduate studies and went on to graduate from the University of Houston-College of Optometry in May 1999. He began his career as a solo practice in August 1999 with an original location in Los Fresnos, Texas.

He is married to his wife, Jessica and they have three children Jacob, Iliana & Joshua. Dr. Rodriguez is an active member in the community and spent many years coaching his children’s various sporting events. He is a former board member for Weslaco Little League and has devoted countless years to the children of Weslaco through his involvement with youth sports. He attends First Baptist Church of Weslaco. He is often called to present at various speaking engagements for schools, daycare centers and health fairs. Dr. Rodriguez has been awarded the Mid-Valley Town Crier’s – Readers’ Choice Award for the Best Optometrist annually since 2016. He is a member of the Weslaco Chamber of Commerce. Dr. Rodriguez practices primarily at Weslaco Vision Source and has a second location, San Benito Vision Source. 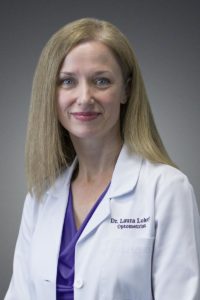 Dr. Laura Lokey is an Optometrist and has been with Weslaco Vision Source since 2013. Dr. Lokey attended Grand Valley State University in Michigan for her undergraduate studies and went on to graduate from Michigan College of Optometry – Ferris State University in 2009. Dr.Lokey is a United States Air Force Veteran and has been a resident of the Rio Grande Valley for several years now. She is a member of Vision Source, North America’s Premier Network of Private Practice Optometrists. Dr.Lokey practices primarily at our second location, San Benito Vision Source.

We will do our best to accommodate your busy schedule. Request an appointment today!

Please see the video above to learn how we’re taking precautions.